A Socio-Semiotic Study of Communicative Variation.

This project, funded by the European Research Council (2018 – 2023), aims to generate a paradigm shift in the understanding of Graeco-Roman and Late Antique communication. Non-literary, ‘documentary’ texts from Ancient Egypt such as letters, petitions and contracts have provided and continue to provide a key witness for our knowledge of the administration, education, economy, etc. of Ancient Egypt.

LatinNow is an ERC funded research project, which aims to situate the phenomena of Latinization, literacy, bi- and multilingualism within broader social developments. It is hosted by the University of Nottingham and based at the Centre for the Study of Ancient Documents, University of Oxford, and will run for five years from 1 March 2017.

This four-years project funded by the Swiss National Science Foundation (SNF) and hosted in the University of Basel started on September 1st, 2018. It aims to lay the foundation for an online interface through which papyrologists would be able to look for similar – or identical – handwritings to a given papyrus and typical samples of writings for a given period. 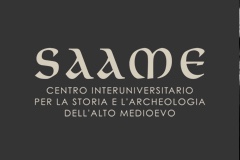 The Inter-university Center for History and Archeology of the early Middle Ages, founded in 2005 by Riccardo Francovich, Stefano Gasparri and Cristina La Rocca, aims at bringing together, at least in Italy, the research activities of the early medievalists promoting and improving the cooperation between archeology and history.

The project Littera Visigothica is the brainchild of Ainoa Castro Correa and started in September 2013. It aims to share her current work, as a researcher and teacher, on medieval manuscript sources written in Visigothic script, the first writing system used in the medieval Iberian Peninsula. This includes its characteristics, evolution, graphic testimonies – charters, cartularies, and codices – and their historical and cultural context.

PLATINUM – Papyri and LAtin Texts: INsights and Updated Methodologies. Towards a philological, literary, and historical approach to Latin papyri

The aim of PLATINUM is to scrutinize Latin texts on papyrus from several points of view in order to highlight their substantial contribution to our knowledge of innovations in ancient Roman literature, language, history, and society, especially in the multilingual and multicultural contexts of the Eastern part of the Empire between the 1st century B.C. and 8th century A.D. The first phase of the project will consist in assembling, updating and publishing critical editions, in order to present a new and more accurate corpus of Latin papyri on an easily accessible online platform. The second phase will be focused on providing the texts with a specific, pluridisciplinary commentary that gives new insights on Roman culture.

Acronym and Title: NOTAE. NOT A writtEn word but graphic symbols. NOTAE: An evidence-based reconstruction of another written world in pragmatic literacy from Late Antiquity to early medieval Europe.